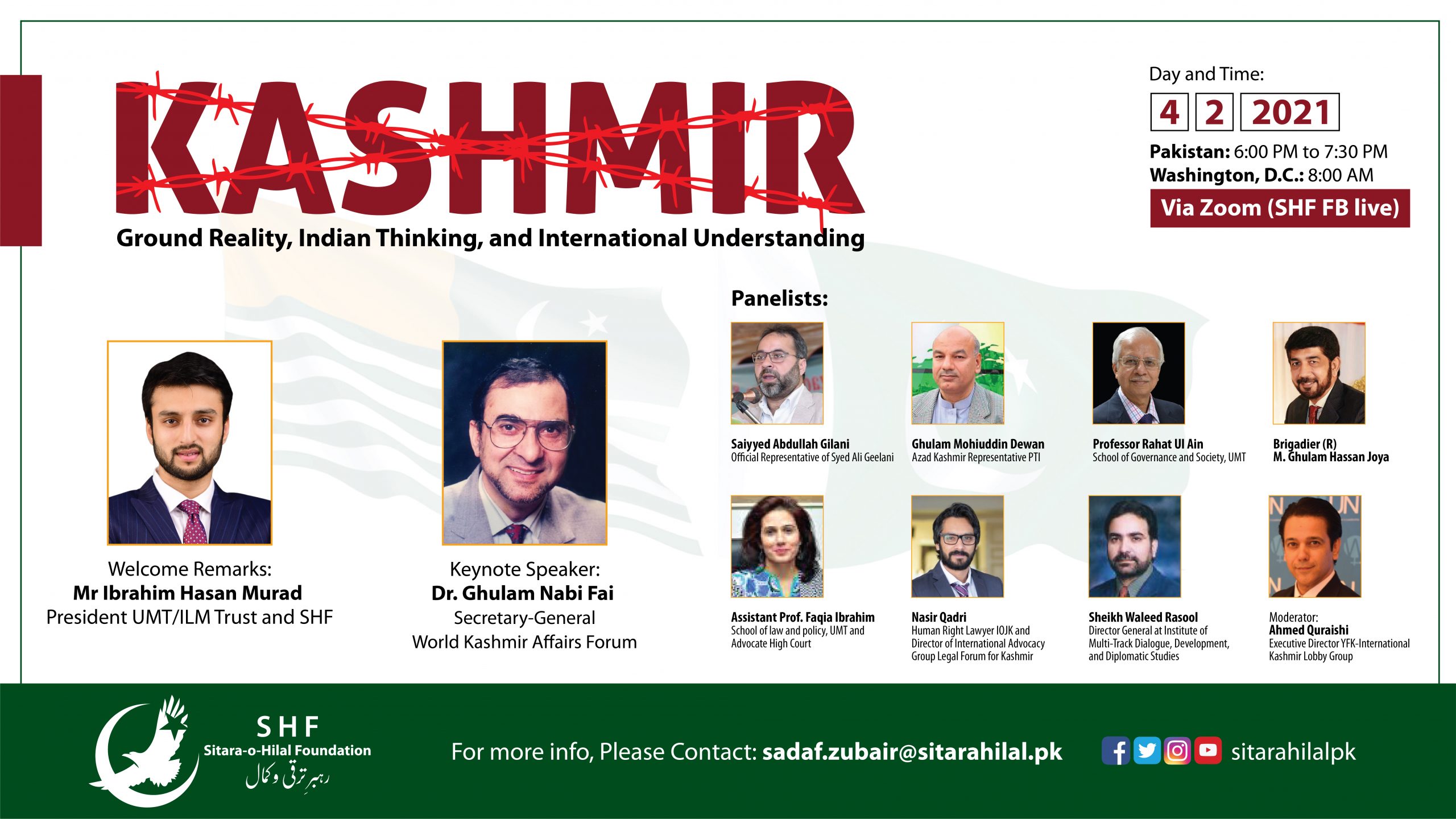 Dr Ghulam Nabi Fai has enlightened the issue of Kashmir: Ground Reality, Indian Thinking and International Understanding. He appealed Prime Minister of Pakistan Mr Imran Khan to raise his voice in the international community that Kashmir and Kashmiri people should be given their right of self-determination according to UNO. Dr Fai condemn the Indian parliament act of expansion of Kashmir into India. Dr Fai quoted Martin Luther King quote “We (Kashmiri) will remember not the words of our enemies, but the silence of our friends”.

Mr. Abdullah Gillani stated that Kashmiri diplomacy has failed to raise the awareness on the World forum that India is an occupying force. While the World response on Indian aggression of 5 Aug 2019 has been like it is India’s internal affair ignoring the UN resolutions on Kashmir. Security Council and World powers are completely ignoring the Indian brutalities on Kashmir freedom fighters.

Further PhD Scholar Sheikh Waleed Rasool stated Kashmiri people are fighting for Freedom from Indian occupation and it is not a mere struggle for civil rights.

Ghulam Mohiuddin Dewan President PTI Lahore and Azad Kashmir’s Member Legislative Assembly (MLA) said we should think about the Kashmiri people lives in the current grave circumstances which is very important because after the ceasefire in Kashmir, 2 or three Kashmiri’s die every day in Kashmir

Mr. Ibrahim Hasan Murad believes that the Kashmir issue will be resolved by the Young Generation who has the capability to think out of the box. The Kashmir problem has to be presented on the global Forums as Kashmiri youth is spread all over the Globe by demonstrations out in front of the international agencies to raise awareness against the Indian claims.